This process is a proven and tested method for blockchain developers in the industry.&nbsp; Organizing the process in this manner yields the most efficient and ideal outcomes. The blockchain application development process comprises eight steps, detailed below.&nbsp;

The eight steps in the blockchain development lifecycle:

Define the problem to be resolved with blockchain application&nbsp;

Decide on a programming language and blockchain

At this point, focus on designing the user interface of the application. The chosen blockchain to be built on will affect the programming language used, which in turn will influence how users interact with the chain. Moreover, interoperability is an additional consideration when thinking of languages. But, which programming language is used for blockchain technologies?&nbsp;

Some of the popular programming languages for blockchain developers are as follows:

After selecting a language, a blockchain developer should pick a database to work with. MongoDB and MySQL are two popular choices.

At this stage, developers should identify which blockchain to build on. This allows for immediate development without having to create a blockchain from scratch. The blockchain platform selection process depends on the consensus mechanism that is required. Take note of the problems resolved by each consensus mechanism.

Some of the most common platforms are open-source blockchain platforms, such as 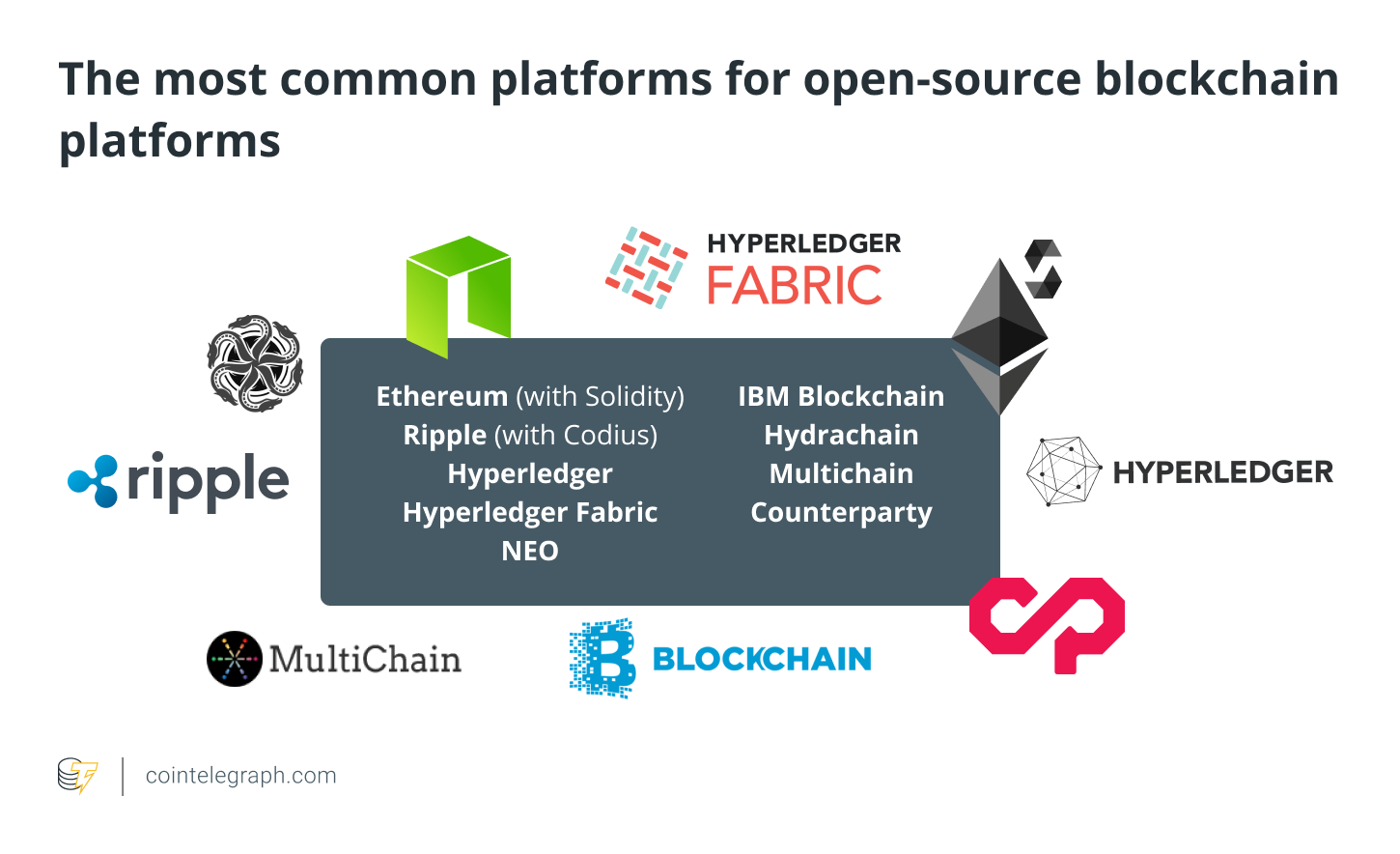 Developers should choose a platform that utilizes a familiar blockchain programming language. Every platform listed here will facilitate the blockchain development cycle.

It&rsquo;s best to look into each platform&rsquo;s capabilities and drawbacks, which will help determine whether the blockchain platform suits the project.

Develop a strategy for the remainder of the development process

In this step of the blockchain development process, evaluate the steps taken thus far. Lay out a plan, and prioritize a strategy for a more comprehensive process. This strategy should account for the characteristics of the chosen platform.&nbsp;

Begin to design the blockchain architecture

Determine if the blockchain will include specific permissions for targeted user groups or if it will comprise a permissionless network. Afterward, determine whether the application will require the use of a private or public blockchain network architecture.&nbsp;

Ultimately, the option worth considering is the one that best fits the use case.

Configure the key aspects of the application. Ensure that permissions, block signatures, address formats and key management are addressed first. These elements cannot be changed once implemented, so it&rsquo;s best to give them some consideration from the start.

After this stage, start working on the blockchain application&rsquo;s Application Programming Interface (API). APIs are used to perform auditing functions, generate key pairs, and store or retrieve essential data. The selection of blockchain APIs is dependent on the goal of the application. These APIs will provide the most value to all users.&nbsp;

A developer must also set up middleware. Middleware is software that connects external systems to the blockchain, thereby allowing communication between blockchain components and the apps running on it.

Some APIs required by almost every blockchain include

APIs for digital signatures and generating hash numbers are also required for data authentication. The developer may use prebuilt APIs for blockchain applications or choose to create new ones from scratch. Relying on prebuilt APIs speeds up the development process while building APIs from scratch offers greater flexibility.

Test and release an alpha version of the application

In this step, all of the accumulated efforts from the previous steps pays off and an early version of the project is now ready for testing. At this stage of the development process, focus on the core functions. Developers should try to spot potential issues as they arise.

It&rsquo;s best to start with the bare minimum. A Minimum Viable Product (MVP) is all that is required to prove the blockchain model&rsquo;s viability. Once the application is stable, the developer may choose to incorporate more complex features.