The question often comes up after another rally or rout. Should I buy bitcoin (or any other altcoin)? When I hear it’s for long-term investing, it feels a bit funny. And it should feel the same to you.

It feels like yesterday that we were mining litecoin at my friend’s place and immediately selling it for a few bucks a pop. We barely kept any because it was all about the income at that time for us – and a long-awaited application of our years of tinkering with computers and familiarity with ‘currencies’ in video games. It was fun and the value was clear.

In the end, however, our mining was short-lived. The rig became a fire hazard, my friend had some explaining to do with his landlord on the hydro bills, and our margins were shrinking every day. The business became volatile and high risk. Other suburban mining projects managed to survive by continuously upgrading their equipment, at least until the price action and giant leg up on the mania began in 2017. It was then that we began to see the transfer of volatile and high-risk activity to the masses, and the value proposition started to get murkier again.

This reminds me how much crypto has changed. The changes are exciting, fascinating, and a bit funny, but its evolution does not necessarily mean you should rely on crypto for retirement. Why? The short answer is, that for all of the changes, cash flow problems and volatility seem to persist. The long answer is what goes into that.

In referring to “crypto”, we’ll speak of the coins themselves. I don’t like to lump them together, but we’ll focus on Bitcoin because of its key attributes commonly held by alt-coins. Plus, it came up most often in responses.

“I don’t think that crypto has any role in a retirement portfolio,” says Dan Kemp, Global Chief Investment Officer for Morningstar Investment Management, “As an asset with no cashflows, the asset class has no intrinsic value.”

With the advent of crypto ETFs in Canada, retail wealth managers are trying to make sense of crypto in client portfolios. “When we look at traditional assets, we’re looking at long-term trends to produce alpha. For example, when building a portfolio of stocks, you’d be looking at factors such as price, profitability, and market cap. These principles don’t apply when looking at crypto for various reasons, and therefore it isn’t easy to compare,” says Adam Henry, investment associate and resident crypto expert for Harbourfront Wealth Management in Winnipeg. Given the lack of information, “the best way we approach this question is to look at where the client is from a time horizon perspective to retirement.” Henry says an allocation might make sense if the investor is in an accumulation phase, only as a speculative bet, and at most 5%.

The only role Kemp could see for crypto would be a portfolio diversifier. “However, diversification expectations should be driven by some fundamental characteristics of the asset the security and supported by limited supply,” he notes.

What if some coins have a limited supply, like with bitcoin and its 21 million cap? “We believe bitcoin will continue to be used as a long-term store of value as a hard form of money in a world where fiat currencies continue to be printed by central banks,” says Elliot Johnson, CIO and COO at Evolve ETFs, which recently launched the Evolve Cryptocurrencies ETF (ETC).

Johnson believes bitcoin exhibits characteristics of both hard money [like gold] and venture equity. In fact, an equity-like security, or something similar to gold often comes up when discussing the purpose of bitcoin in a portfolio. Let’s first focus on its role as a currency – because that’s where it started.

“As money, bitcoin is almost useless,” contends Bob Seeman, a tech entrepreneur and author of the book Bitcoin: Unlicensed Gambling. He cites English economist William Stanley Jevons, who said that for an item to work as “general purpose money”, it has to function in the following four ways: a medium of exchange; a unit of account; a store of value; and, a standard of deferred payments (credits). When it comes to Bitcoin, “Its extremely unpredictable and volatile value implies that it can neither function as a store value, a unit of account, nor a standard of deferred payments,” he says.

You can’t have price tags and debt amounts changing every second.

Having a wider audience looks critical for bitcoin, but currently,  “As a means of payment, bitcoin is mainly used for illegitimate purposes,” says Seeman. In January 2021, Treasury Secretary Janet Yellen stated in sworn testimony to the U.S. Congress that: “I think many [cryptocurrencies] are used, at least in a [purchase] sense, mainly for illicit financing.” Of the purchase transactions, Seeman continues, “a Chainalysis Report in January 2021 states that 0.34% of bitcoin transactions are for illicit goods and services. Assuming that Treasury Secretary Yellen’s testimony is correct with respect to bitcoin, bitcoin transactions for the purchase of legal goods and services are less than approximately 0.34% of all bitcoin transactions.”

That leaves trading. One reason bitcoin’s not more frequently used for regular purchases is what’s happened with the transaction times and costs. They’re too high. Yes, there’s Lightning Network for bitcoin, but it’s slow going, and Seeman argues it’s susceptible to fraud. Still, some say Lightning’s slow and “organic” growth could be positive. “The dramatic growth many DeFi and payment protocols experienced in the past few years ended in equally dramatic crashes,” notes Andjela Radmilac at CryptoSlate.

Good old bitcoin. It[‘s core network] hasn’t crashed yet at least, and it has that 21 million coin cap mentioned earlier. “Digital Gold” seems great, but Seeman doesn’t see it “Scarcity in itself creates no value. To create something that is rare in an artificial way is not difficult at all.” Plus, he sees the network getting extremely expensive.

“Exponentially more and more electricity will be needed to reach the full 21 million bitcoin in the next (approximately) 100 years (although the final date is debated and the bitcoin system may be altered),” says Seeman, “Some promoters actually use the fact that exponentially more electricity will be needed to mine the final bitcoins in order to explain why the price of bitcoin will skyrocket. That is nonsense. The electricity used is wasted, a sunk cost. Nothing valuable has been created with the expenditure of the electricity needed to “mine” bitcoin. It has simply been used to secure prior transactions.” Seeman says there are other methods of securing the network other than mining the remaining coin but doesn’t see buy-in from highly influential miners – who want to mine.

So far, customers are still paying the fees the miners expect. There is still demand and limited supply at present, which could theoretically be useful to counter inflation. But it hasn’t been acting that way.

The Whale in the Room 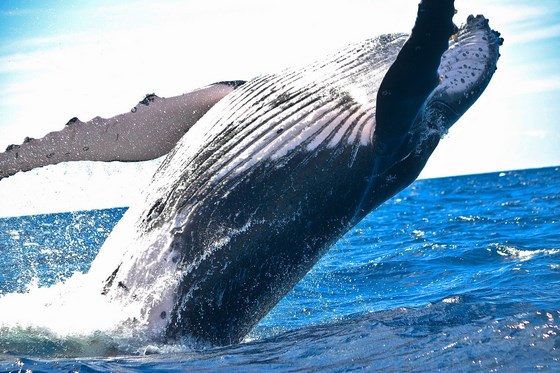 “One of the arguments in favour of crypto is that it could provide an inflation hedge, similar to gold,” says Henry,” “However, in practice, we have not seen this come to fruition – in the recent past Bitcoin has performed poorly while inflation has run hot.”

Around US$1-2 for the average transaction fee is probably cheaper than shipping bricks of gold at the moment (Feb 3, 2022). At the same time, the cost of a transaction is around US$100-200. How thin are the margins?

Perhaps there are economies of scale involved, and big money that could sway your retirement investment. An elephant, or whale, in the room. “Large holders of bitcoin stock are called “whales,” says Seeman, “and they control most of the bitcoin wealth. In that sense, the “decentralization” of bitcoin is a promotional myth.” A study of wallet ownership completed in December 2020 by the U.S. National Bureau of Economic Research (NBER) found that individual investors held 8.5 million bitcoin. Of that 8.5 million bitcoin, 3 million belonged to a thousand investors, and the next 5 million belonged to 10,000 investors. That leaves 0.5 bitcoin. Seeman says that without the right regulation, the market is easy to manipulate. And speaking of regulations…

A Time and A Place

Johnson sees government regulation as something that will result in “winners and losers” and says it’s the biggest risk for bitcoin. “In 2021 we saw China ban bitcoin mining while El Salvador adopted it. The SEC refused to allow physical crypto ETFs whereas the Ontario Securities Commission approved both Bitcoin and Ether ETFs. Countries with progressive regulation will be the beneficiaries.”

What if bitcoin reached a regulation equilibrium at some point? And transaction fees were solved [publicly funded?]. And the price settled down. Would it still be bitcoin? Would it be some form of “Fed Coin”? Could a Fed Coin ever be “Individual sovereignty over ownership,” as Johnson describes it?

“At its core, crypto technology allows individuals to disintermediate middlemen when it comes to asset ownership and exchange. It’s hard to predict the full potential of this transformation. The way in which email and the internet disrupted physical mail is a good example,” he says.

Henry also sees the threat of regulation, in addition to alternative coins entering the space [and displacing yours], and “governments creating their own type of digital asset.”

With the unknowns around the coins, some investors are more focused on the integration of the underlying technology. “In our opinion, the most significant opportunity for crypto is the blockchain technology itself, rather than any individual coin,” says Henry. “If we look at the two predominant coins, Bitcoin and Ethereum, it is difficult to predict what they’ll look like 20+ years from now. Therefore there’s an inherent risk in taking a position in either of these individually.”

Perhaps you could place crypto with your “alternative investments,” as proposed by a report from Fidelity Digital Assets in late 2020. In addition to providing access so that retail and institution markets can overlap, there may be alternative return drivers at play for investments in crypto. “We believe “fundamentals” in the context of digital assets refers to information, metrics, and models that provide insight into the health and growth of digital assets and networks,” said the report. “Close followers of digital assets know that the performance of digital assets hasn’t always been driven by “fundamentals,” due to higher levels of speculative and sentiment-driven trading activity.”

Can you invest in sentiment? Or is that just gambling? “Since bitcoin has no underlying cash flow or utility that can be analyzed, its price movements are similar to a random walk,” Seeman says, “For the average bitcoin trader – who is not a whale with possibilities to illegally manipulate the market – [the] trade is pure guessing or gambling. All the gambling criteria are met for bitcoin.”

Does Your Retirement Portfolio Need Bitcoin?

Whether bitcoin or gambling has value to you or not, do either belong in your retirement portfolio? For Kemp, it’s the missing key pieces that prevent crypto assets from making sense in a retirement portfolio. “Assets that are not supply-constrained and lack a fundamental value should have an equilibrium price of zero. While this may not apply to all coins, it is certainly not a good starting point for inclusion in a portfolio on which a retiree depends for their livelihood.”

So if you’re considering a purchase of crypto, ask yourself whether you need, or want it. And where it should go. I still see the value and love the technology. I keep a bit of crypto as a lottery ticket, in ETFs on a mainstream trading platform (still sounds funny to me). Am I willing to lose all of it? Yes. Do I think that bitcoin will become so expensive that, one day, we’ll be buying sodas with satoshis? Now, that’s just speculating.

To view this article, become a Morningstar Basic member.